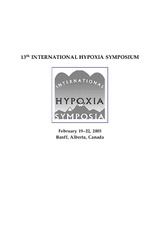 Quechua natives of the highland Andes may be genetically adapted to high altitude and thus able to resist decrements in maximal O2 consumption in hypoxia (DVO2max). This evolutionary hypothesis was tested via the repeated measures of VO2max (sea level versus 4,338m) in 30 young male Peruvians of mixed Spanish and Quechua origins. Genetic admixture level (% European genetic influence) was estimated on each individual using a panel of 22 ancestry-informative DNA markers. Genetic admixture explained a significant proportion of the variability in DVO2max after control for major covariate effects including sea level VO2max and the decrement in arterial O2 saturation (DSPO2). The genetic effect reflected a main effect of admixture on DVO2max (P 5 0.041), as well as the interaction between admixture and DSPO2 (P 5 0.018). The latter means that admixture was predictive of (VO2max only in subjects with a large decrease in SPO2 at 4,338 m. In such subjects, DVO2max was nearly 22% larger in the highest versus lowest subgroup of European genetic influence (,940 versus ,740 ml/min, respectively; P 5 0.031). A non-significant trend for interaction (P 5 0.095) was also noted between admixture and the decrease in ventilatory threshold at 4,338 m (DVEthresh). Similar to the previous interaction, admixture was predictive of DVO2max only in subjects with a large DVEthresh. Together, these interactions suggest that the putative genetic effect on DVO2max is mediated by a subject’s aerobic fitness level. In particular, genetic effects may be more important (or easier to detect) in very athletic subjects who are more likely to show gas exchange impairment during exercise. In summary, the results of this study are consistent with the evolutionary hypothesis, and point to a better gas exchange system in Quechua as a possible explanation for the admixture effect detected.