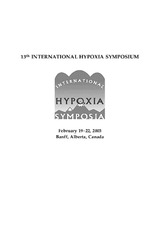 There is abundant evidence that female sex hormones have protective effects in the systemic circulation in both animals and humans, but little is known regarding their role in the regulation of the pulmonary circulation. Observations in rats suggest that estrogens may have protective effects against hypoxia-induced pulmonary hypertension. We hypothesized that female sex may confer resistance against pulmonary hypertension in high altitude natives. To test our hypothesis, we performed echocardiographic measurements of the transtricuspid pressure gradient as an index of systolic pulmonaryartery pressure in young healthy Bolivians of Aymara ancestry. We studied 82 females and 99 males between 0 and 35 years of age, who were born and living at high altitude (4000 m). To provide additional information, we also measured arterial oxygen saturation and hemoglobin. The main new findings were two-fold. We found a strong direct relationship between age and systolic pulmonary artery pressure in male (r = 0.48, P< 0.001), but not in female (r = 0.16, P > 0.1) high altitude natives. Moreover, starting at the age of 12 years hemoglobin levels were significantly higher in males than in females, and there was a direct relationship between hemoglobin and pulmonary artery pressure in male (r = 0.51, P < 0.001), but not female (r = 0.14, P > 0.1) subjects. The gender-related differences in pulmonary-artery pressure were not related to differences in arterial oxygen saturation which were comparable in the two groups. These findings provide the first evidence for an age-related increase in pulmonary-artery pressure in young healthy male, but not female high-altitude natives. We speculate that female sex may protect against hypoxia-induced pulmonary hypertension in humans, either via decreased hemoglobin concentration and blood viscosity or by favorable effects of female sex hormones on pulmonary endothelial responsiveness to hypoxia.